Tom Ludt, head of the equine division at Phoenix Thoroughbreds and former chairman of the Breeders’ Cup

With the Breeders’ Cup just days away, Tom Ludt gives his take on horses, career longevity, and dream vacations.

Started in just 2017, Phoenix Thoroughbreds is a horse racing investment fund that has purchased $25M+ in bloodstock, with stables in the U.S., Europe, Australia, and the United Arab Emirates. His recipe for success? Honesty. 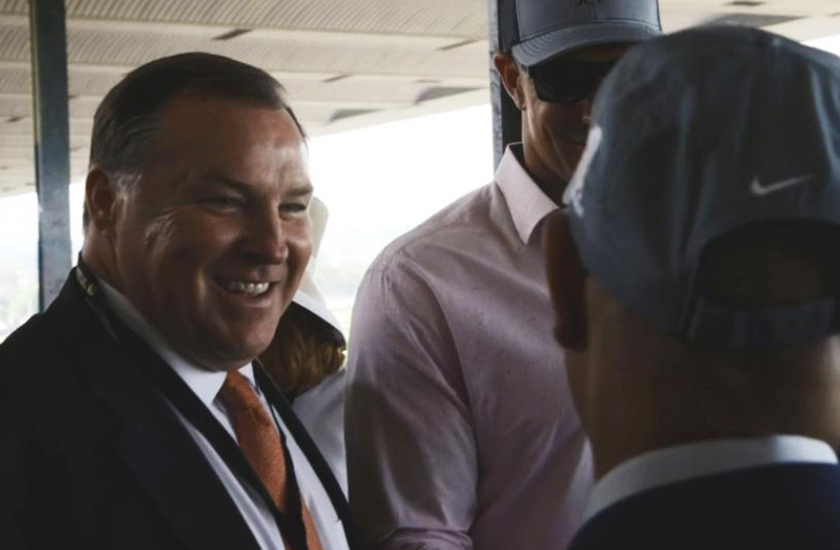 Investing in thoroughbreds is both thrilling and risky. You’ve used the term “you can earn your luck.” How has this ethos leveraged the rapid success of Phoenix Thoroughbreds?

I’m an asset manager to a degree, but instead of a stock, it’s a live animal. It’s a game of chance. You improve your odds based off a good business strategy and good decisions. Sometimes you win races by getting a lucky break and sometimes you lose from a bad break. Everyone gets breaks in life. It’s what you make of those breaks.

As the former chairman of the Breeders’ Cup, what do you most look forward to at the event?

What has been a defining moment in your career?

Being elected chairman of the Breeders’ Cup. You’re nominated to get on the board by your peers and then the board of 13 members elects the chairman. It’s a great honor that the leaders of our industry worldwide thought I was capable and a good choice.

What do you perceive is the biggest challenge in today’s world of horse racing?

Big events need to be held more often, because the number-one challenge is drawing a bigger crowd. As an insider you get immune to how few people outside the industry follow horse racing. Around LA, Kentucky, and New York it’s discovered, but the challenge is constantly developing new fans and getting publicity about the positives of horse racing.

Is there a mentor that has greatly impacted your out-of-the-box vision?

Professionally, Mr. John Bell, who started Jonabell Farms. He and his family got me into the horse business and put me in the right direction at age 26. He was a real pillar of the game. And in life, it would be my father.

What daily habit do you practice that remains key to your success?

Honesty, without a doubt. I preach it. I’ve been blessed over the years to manage a lot of people. Honesty and integrity are the only things guaranteed that you can control.

Your Phoenix team has quickly established global reach. Where are you currently finding your top horses?

The hardest part about my job is we are so big that we play everywhere. Australia is the strongest market at the moment. It’s not the biggest, but it’s very healthy. We’ve had great success recently buying over in Europe, but of course I hope the most recent buys I made in America are good. The hardest part about this business is that if you play at our level, it’s a numbers game. You’re going to buy some horses that end up being slow. That’s just the nature of our game.

How involved are you in selecting the horses at the sales?

I ultimately do the bidding. I’m in charge of the equine division, so the final decision is mine. I get all the benefits and all the blame (laughs).

Bora Bora. I dream of those bungalows over the water.

How has Sentient raised the bar in horse racing?

Sentient Jet has been a really good partner to the Breeders’ Cup and the industry. Private travel is life changing—it’s the greatest perk in the world.

The Sentient Jet 25-Hour Card and Sentient Jet 25-Hour Plus Card are programs of Sentient Jet, LLC (Sentient®), an “Air Charter Broker” under DOT regulations. Sentient acts as authorized agent for the Cardholder, which is the “Charterer” under DOT regulations, to contract for transportation services with FAR Part 135 Direct Air Carriers that operate and exercise full operational control over those flights at all times. Flights will be sourced through the proprietary Sentient Certified™ Network of Direct Air Carriers that meet all FAA or comparable foreign safety standards and additional safety standards established by Sentient.